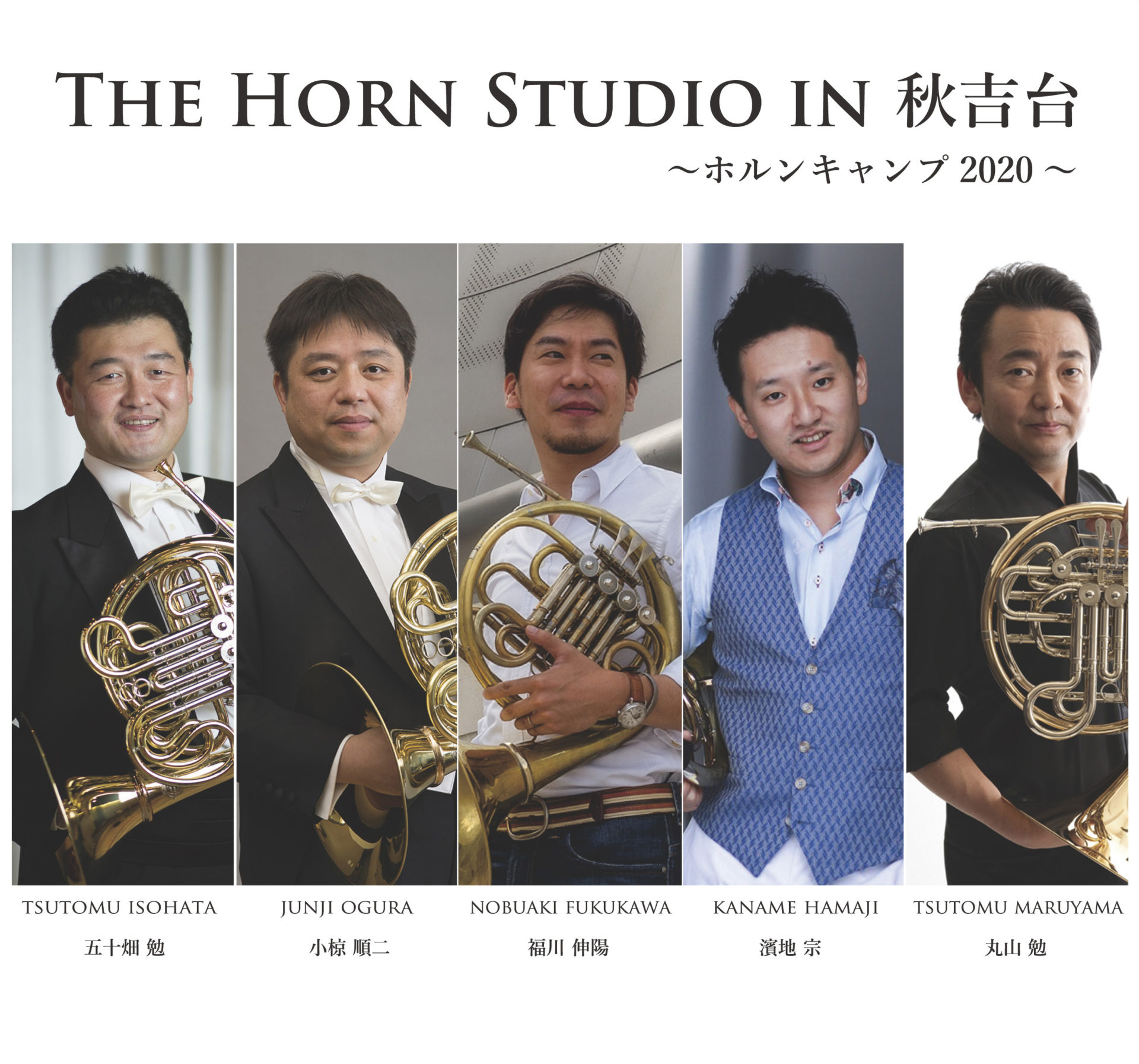 In the special environment with rich nature and time at the foot of Akiyoshidai where you can face music firmly, 3 days of intensive work on the Horn with teachers who are active on the front lines.


*The content and size of seminar will change depending on the situation.

Ticket Agency
[Akiyoshidai International Art Village]Tel:0837-63-0020
*You can buy the ticket from AIAV only. (available from the middle of July)

Born in Kurayoshi, Tottori. Graduated from Osaka College of Music in 1996. Graduated from Hochschule für Musik Köln Abteilung Aachen in 2000. He joined Aachener Kammer Orchester and Junge Deutsche Philharmonie when he was in the university. After performing in Osaka Symphoniker and Sendai Philharmonic Orchestra, he is a horninst in City of Kyoto Symphony Orchestra. A part-time teacher at Soai University, Osaka College of Music, Music department of Nishinomiya High School. He studied the Horn under Tomotsugu Miyake, D.Bryant, R.Almeida, and H.Ziegler. A member of Sinfonia Hornisten, La Biche Ensemble de Kyoto, Wind ensemble BACCHUS, Japan Brass Collection and RivST Brass Quintet.

The Hornist. He started the Horn when he was 13, studied the Horn under Hiroshige Wakata and Yasuyo Ito. Graduated from Musashino Academia Musicae. While a student, he joined Japan Philharmonic Orchestra. He won the 1st prize at the 8th Japan the All Japan Wind and Percussion Competition in 1991. He went to Geneva in 1993 and studied under B.Schneider. He perfomed as a principal horn at Yomiuri Nippon Symphony Orchestra from 1990 to 2000. He joined many festivals as a guest artist around the world, and many CDs were released as solo, chamber music and orchestra. He is active as a soloist and chamber music player, also as a guest principal Horn at the Japan Philharmonic Orchestra, a member of Kioi Hall Chamber Orchestra Tokyo, Horn Ensemble “Tsunobue-Syudan”, Custom Wood Quintet. He teaches at Musashino Academia Musicae. The executive director of Japan Horn Society.